How I Learned the One-Handed Backhand (And You Can Too!) 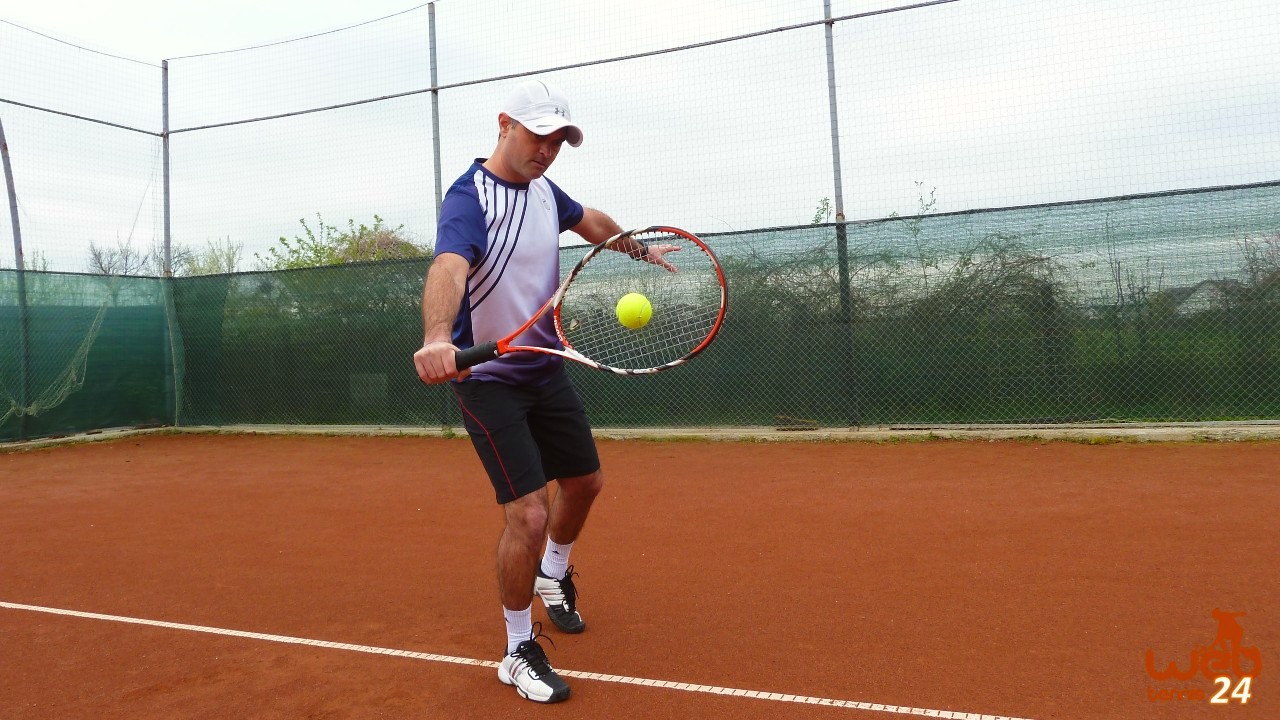 The following is a personal story of when I decided to switch from a two-handed to a one-handed backhand.

But first, I want to take you back to the time I started to play tennis (at the age of 12)…

I was a skinny boy with weak wrists and forearms.

I barely had any control of my forehand, but my two-handed backhand was the main shot that I could rely on even when playing against older and more powerful players.

For many years, I had trusted the backhand more than any other tennis shot.

Later on, with the help of my father, who was willing to feed balls to me from the basket, I began to develop the forehand in order to catch up with my strong two-handed backhand.

My father would feed hundreds of balls every day to my forehand until I started feeling equally confident on both sides.

Years later, when I became a tennis coach, I realized that I needed to hold a few tennis balls in my non-dominant hand as I was rallying with my students, and so I decided to…

…”teach” myself the one-handed backhand… with which I fell in love from the first day.

It was not hard because I followed a series of progression drills that really helped me to understand the point of contact, the body balance (which is different than that of the two-handed backhand), and, of course, through a lot of repetition, I developed the timing necessary to hit the ball early.

The progression drills that I followed to learn the one-handed backhand are the same I use now to teach many students all the tennis strokes.

And I put them all inside the WebTennis24 program which you can have full access to:

ULTIMATE TRAINING FOR TENNIS PLAYERS – learn and master the one-handed and two-handed backhand groundstrokes, and more

Tennis is easy if you break it down into small tasks and put in the time to practice them.

Have fun learning or teaching this sport!