Would you like to see…
How your coaching could transform the career of a player and skyrocket their progress?
Powerful lessons and drills that will guarantee you’ll be a more feared opponent on the court?
How tennis could become the absolute favorite activity of your kids?

If you said yes, welcome to WebTennis24!

Why Else Should You Choose WebTennis24?

As a Tennis Coach…

Introduce your kids to this wonderful sport.
Discover neat lesson plans to never run out of ideas.
Keep them engaged with highly effective drills.
Be a coach your players know they can trust.
Show them how tennis can be incredibly fun and exciting.
Educate them on every aspect of the game, and do it right.
Watch your children grow and mature on their journey.
Be their guardian angel as they compete for the first time. 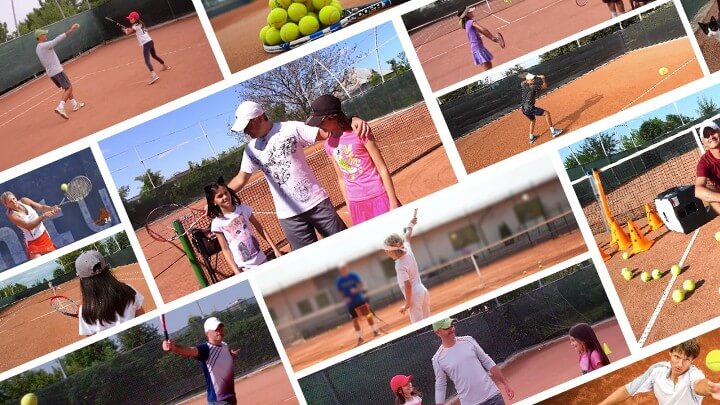 WEBTENNIS24 COACHING PACKAGE – NEW*
Get access to ALL the COACHING tennis programs listed above: 1,000+ drills and lesson plans that coaches really want!

As a Tennis Player…

Improve your game from every single angle.
Serve with certainty and confidence, ace your opponents.
Hit groundstrokes that never fail, only win.
Approach the net at the right time, finish flawlessly.
No longer fear the big moments – always maintain composure. TENNIS QUESTIONS / TENNIS ANSWERS
Collection of tennis questions you want answers to: from technique and fixes to mental strength and tactics (players, coaches) ULTIMATE TENNIS VOLLEY / LESSONS AND DRILLS
A comprehensive (video) tennis course for players of any level to learn and improve the volley technique, control, accuracy ULTIMATE TENNIS SERVE / LESSONS AND DRILLS
A comprehensive (video) tennis course for players of any level to learn and improve the flat, slice, and kick serves

WEBTENNIS24 TRAINING PACKAGE – NEW*
Get access to ALL the TRAINING tennis programs listed above: hundreds of technique lessons, drills, and tips to achieve your goals as a tennis player

“Your online videos are without doubt the best I’ve seen. And the way you teach, adults and children, is indeed remarkable. Thank you very much for such a great experience” 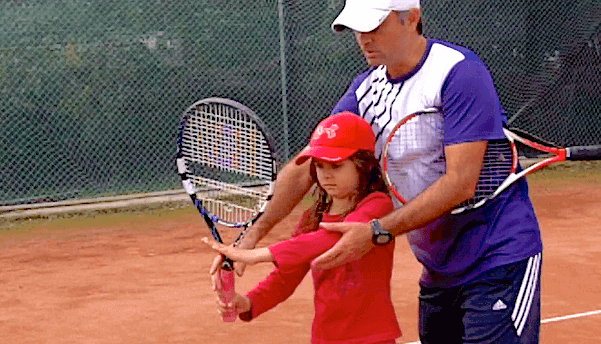 My name is Cosmin Miholca, and I’m the founder of WebTennis24.

I grew up in a small town in Romania.

I was introduced to tennis at the age of 12 by my father.

At first, I was only playing with my brother and I didn’t like the sport that much.

I didn’t even know how to play or hit the ball properly.

Regardless, my father made me continue. And I was improving.

Soon, a coach showed up in our town and organized our classes.

I quickly became the best player in town.

After high school, I first became a coach when I worked for 2 years in Romania, while preparing for college.

But then I stopped.

I studied Kinesiotherapy for several years, without any tennis whatsoever.

I soon moved to California with my lovely wife Irina, whom I’d met in college.

I never imagined I would be involved in tennis again.

In 2002, a couple of years after moving to California, I started playing tennis for fun again at a local club.

I was good, which the director of the club noticed. He encouraged me to compete.

I became a 2x club champion.

I arrived at a realization…

Tennis was the one true skill that made me stand out from the crowd.

I spoke to other local club managers in California…

Until I found one that was short-handed.

And just like that, I found myself coaching tennis once again.

For free, at first.

The manager noticed I was enthusiastic. Soon, he started paying me.

But I decided to look elsewhere.

Until my first daughter was born.

I realized I wanted to provide for my family.

I took another big step and started coaching on my own, privately.

But I wanted to spend more time with my wife and kids.

My dream was to provide people with quality tennis information while being active in the company of my family, who I dearly love.

I began building an online tennis platform, and I decided to call it WebTennis24.

Soon, I moved back to Romania with my family, and I’ve been here ever since.

I welcome you to my website which has been my pride and joy for more than a decade.

I hope you’ll find what you’re looking for and we’ll talk soon!

“Thanks Cosmin! I have reviewed many tennis instruction web sites and yours is the absolute best!”