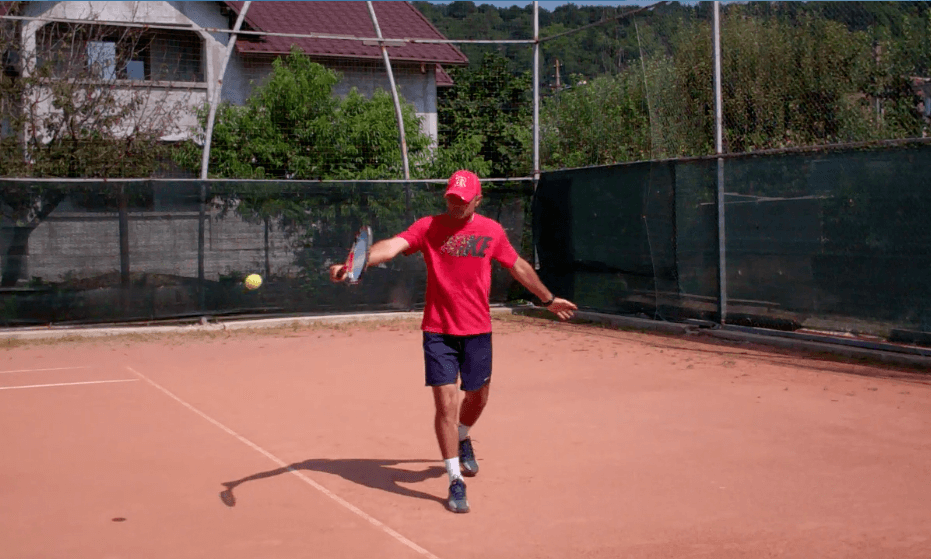 Three days ago I was watching two of my tennis friends (Sorin and Ady) competing in a very entertaining match. Both of them are of about equal level but what got my attention and made me reflect was Sorin’s game, which changed so much compared to the way he played an year ago…

When I played him last year (for the first time), it was a comfortable match for me and therefore I tried to give him some tips to help his game.
We are still very good friends and occasionally play some matches against each other because he gives me a good work-out for the fact that our clay court is slow and he can run down a lot of balls.

But what I would like to point out is the fact that Sorin used to have a very weak one-handed topspin backhand: inconsistent and technically awkward.
Since he was not patient enough to take lessons and improve it, I gave him the advice to switch to slice backhand from there on (it seemed to suit him better). And he did it. And what a difference that made in his game…

Considering that he is a very gifted athlete (he can run a lot and he’s fast due to his soccer experience as a youngster) and having a steady forehand, now, using his slice backhand, he can hit a lot of balls back into the court… Sorin is now one tough opponent for anyone.
He used to lose against our friend, Ady, every time. Now he beats him regularly.

The moral of this story is that YOU should too evaluate what is the cause of your losing matches…
What exactly is your weakness? What can you do about it? And above all: are you aware that you have such a weakness? Are you willing to change it for good?
Find it and change it into something better!