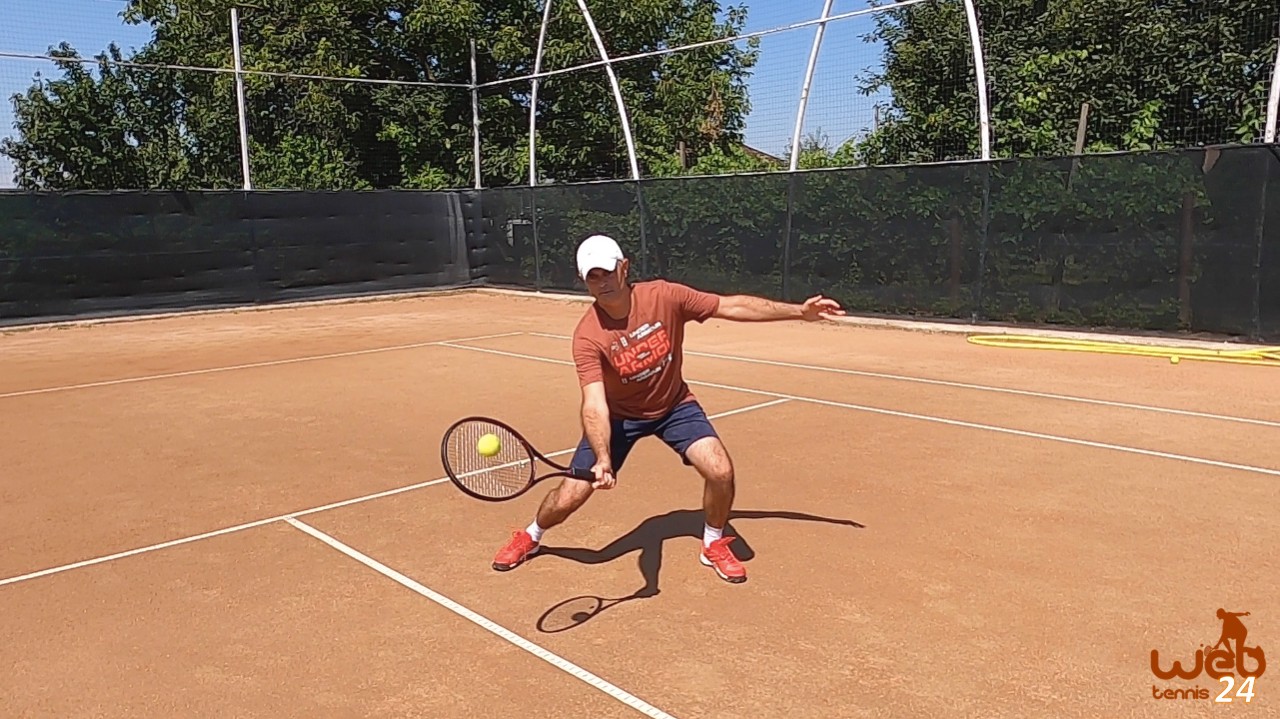 In today’s game, dominating and finishing the points with aggressive topspin groundstrokes seems to be the norm for most tennis players.

But I would like to distract you from this by emphasizing the many advantages of practicing slice (under-spin) groundstrokes and using them more often in your matches:
1. The slice groundstrokes (forehand and backhand) will send the ball low to the ground, making it hard for your opponent to attack you with an aggressive shot.
2. Slice approaches keep you away from receiving balls down at your feet (your opponent will be forced to hit up on the ball) and they will set you up for high volleys.
3. When playing against someone who loves to lob a lot, approaching with a slice will make it almost impossible for them to send the ball high over your head – great for doubles play.
4. It adds variety to your shots – mix up the slice with the topspin to disturb your opponents’ timing.
5. When pushed wide by an aggressive angled ground-stroke/serve, the slice return can give you time to recover (it floats slower over to the other side of the net).
6. Slice (under-spin) is what you need to hit drop-shots when your opponents play from too far behind the baseline.
Quick Technique Tip:
When executing a slice (under-spin) ground-stroke, remind yourself to begin the downward motion with the racquet high above the point of contact. Otherwise, you’ll end up floating the ball too high over the net and/or have it land beyond the baseline.
Practice the under-spin strokes as often as possible. There will be times in the match when you will need them.