Which is the Best Doubles Formation in Tennis? 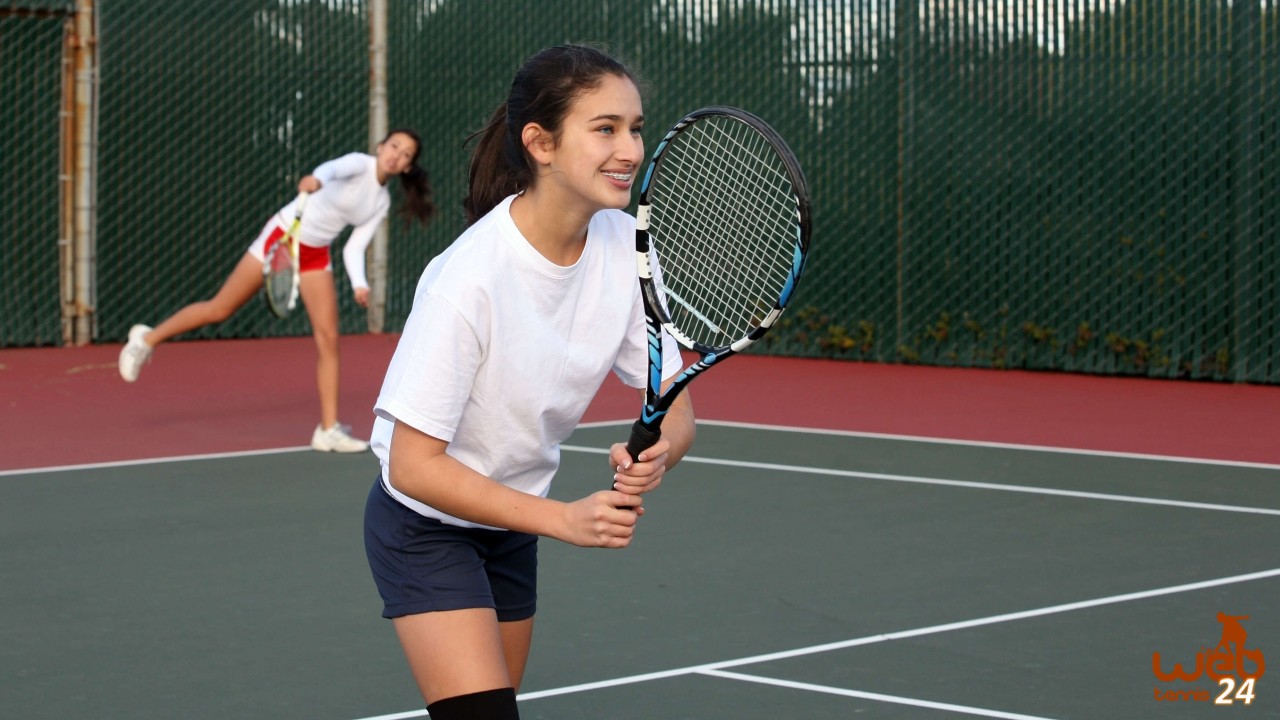 While one of them is quite obvious to be the better of all three (in general), the other two are up for a debate….

Before I get into the details, I want to point out that my analysis is made as a general guide and that’s because when you assess one team’s best tactics and strategies you must consider each player’s technical skills, experience and the team’s capability to work and communicate together.

Having said that, I am a strong believer that the best formation would be the… both-up.

If the two players manage to get to the net, they will be in the best position to put pressure on their opponents, cover the court, and finish the points in the quickest ways possible.

When two players are at the net and assuming they cover the court properly, the only way for them to be passed by their opponents is through the backcourt – lobs.

1. Puts pressure on the opposing team (defending) – the ball comes back sooner; they must watch for angle shots.

2. They can cover a lot more court and there is almost no opening for the opponents to pass (except when using the lob which, if not executed properly, can be an easy smash opportunity).

3. The ability to put the balls away (finish points) is greater at the net due to the many angle opportunities and the fact that you can take the ball above the net level.

Now, the question of whether playing the one-up-one-back versus both-back formations is more a matter of players’ style (technique, experience, and capability to feel comfortable playing at the net or not):

The one-up-one-back formation is mostly played by players who are new to the doubles game. But some of the more advanced players apply it too sometimes…

Situations the one-up-one-back formation is being applied:

1. When the serving/receiving player is not comfortable moving up (transitioning and playing at the net).

2. When the serving/receiving player is stronger from the baseline.

Disadvantages of playing the one-up-one-back formation:

1. The player staying back opens up the court for short angles on their side; also, it takes longer for their shot to go back over the net, giving the opposing net player time to intercept it.

2. The gap between the two players (baseline and net) is wide enough for the opposing net player to have a winning shot.

3. The baseline player has fewer options for their shots to be aggressive – they must avoid the opposing net player and the only time they can attack is when the ball is shorter in their court.

In the case of both players staying back, there are strong reasons why some teams can do it:

1. Both players are not comfortable playing at the net, but they have reliable ground strokes.

2. The team is receiving against a strong server – it is wise to begin the point with both players on the baseline and advance after the return is safely made.

3. The team’s serves are being aggressively attacked by the opposing team (ex. If the serve is not powerful or deep enough and the returner attacks the net player, it is a good idea for the server’s partner to begin the point further back, close to the baseline).

1. There are many angle openings for the opposing team to put the ball away.

2. Hard to cover the forecourt (against drop-shots or short angles etc.)

3. Difficulty in finishing the points – they hope the opposing team makes mistakes.

As a review, any committed doubles player should strive to improve the net skills (volleys and overheads), and most importantly transition to the net, which for the most part can set you up for a comfortable play at the net if executed properly.

In the end, there is not one formation that works for everyone – it is the one that suits your style of play and your personality.