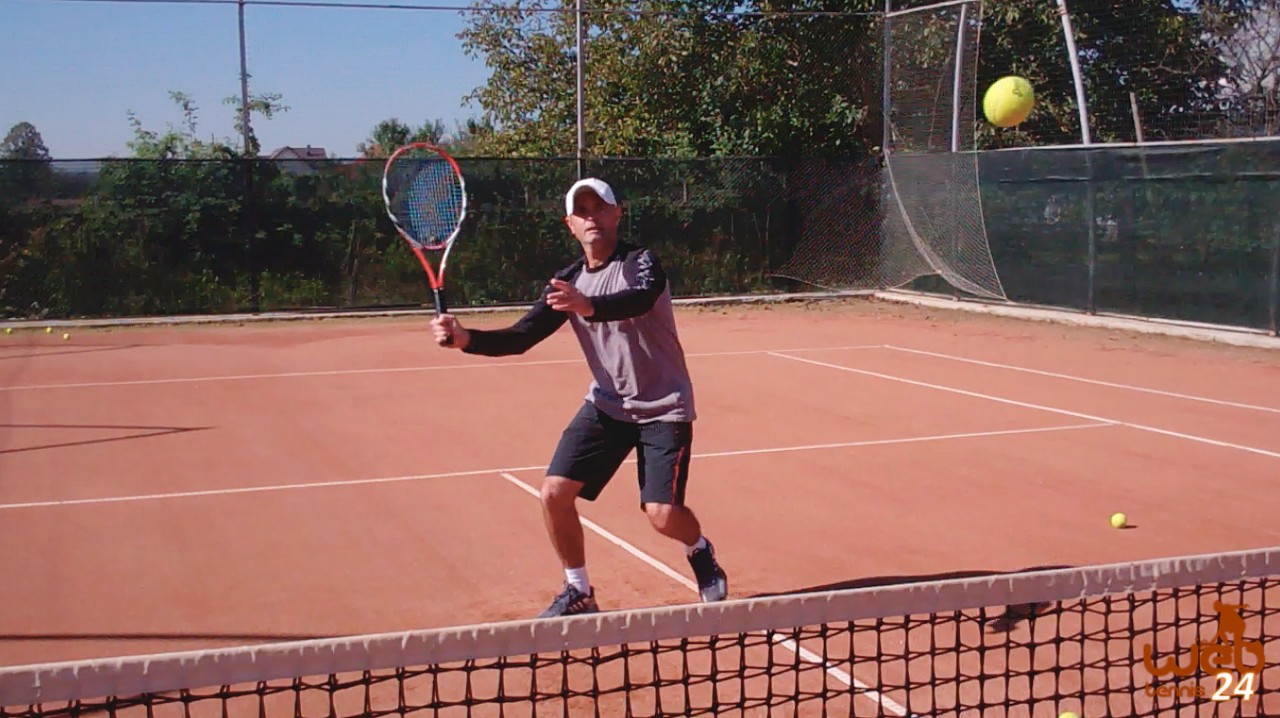 Technically, you should consider the following:
– If your approach shot is a slice (low), you will get a better chance for a high first volley. The problem with the topspin approach shot is that it can bounce high for your opponent to hit down at your feet.
– There is a good reason why the slice approach is the choice for most experienced players: the low bounce and backspin force the opponent to hit up on the ball and make the passing shot difficult.
– If you do decide to approach the net behind a topspin ground-stroke, make sure your opponent struggles to reply: either force them to hit the ball on the run (send it to the open court) or aim right at your opponent (in this case they hit the ball off-balance and do not have many angles to pass you).