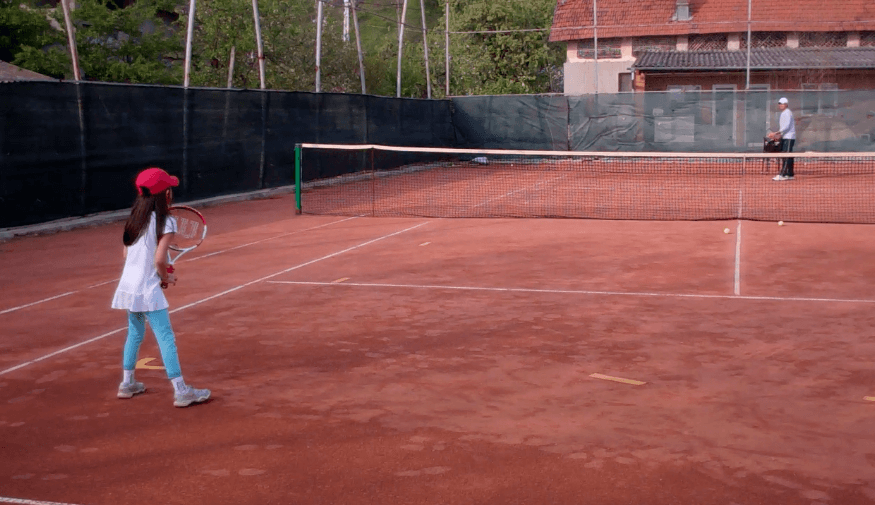 Seeing that most kids that my daughters played against were very steady from the baseline (real human walls), we decided that we had to come up with a good tactic against them. And indeed we DID!

Two days before we took off for the tournament I set up the ball machine and had my daughters practice their drop shots.
Once they got a good feel for the short balls, we proceeded to discuss what they’d do from there on…

Considering that “pushers” are very comfortable playing at the baseline, once, at the net, they might try to either back away from it (towards the baseline) or stay up where their volleys would not be solid enough.
Right after the drop shot, my daughters had to be inside the baseline and get ready for an eventual short ball return or a deep one.

Tactic 1:
If their opponents would back up and away from the net following the drop shot return, my daughters were going to take the next ball early and hit it to their feet or easily pass them considering their fragile balance while backing up.

Tactic 2:
If the opponents were going to stay up at the net, I instructed my daughters to hit the first ball in the direction of their opponents and try to pass them on the second attempt.
By hitting to them first, the opposing player might be taken by surprise, expecting a pass. On the second attempt, while the opponents try to defend themselves, a passing shot would be easier to execute.

The first tactic was more efficient since most of the pushers did not feel comfortable staying at the net and tried to move back to baseline.