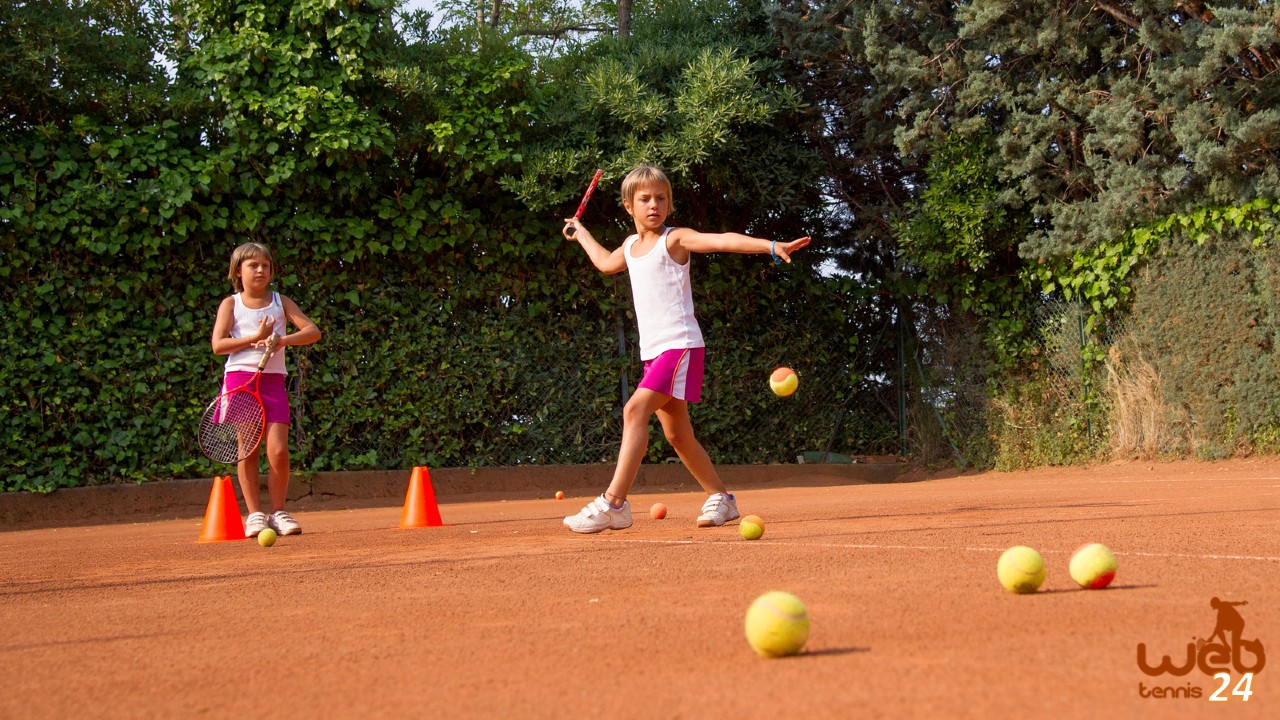 I was recently asked about my preferred teaching style: do I strive for the “perfect” technique or do I let my students learn tennis through games (lately there have been more and more tennis coaches who embrace the games-based approach).

The answer is simple: tennis should be fun regardless of the level of performance.

I do like to stress the proper technique at the beginning of the lesson just to start with the right fundamentals, but I want to make sure that at least 60% of my lessons are actually exciting for my students by introducing games and drills that have them work on placement, friendly competition, and strategies.

In my teaching career, I’ve often paid attention to the faces of my students: when they are put through the repetitive drills of learning the “perfect” technique and when they are presented with the opportunity of playing tennis games.

The difference between the two is enormous; and here is why:

1. When a coach stresses the technique most of the time, the students might end up “looking great” on the court, but deep down in the back of their minds they will consider tennis boring and repetitive.

2. The games-based approach gets players thrilled to be on the court and, even though their technique will not be as good in the beginning, the fact that they enjoy playing tennis will make them do this longer and not only that… they’ll encourage their friends to get involved into it because people want to share things they love.

I’m not advocating that technique should be eliminated from the tennis practice – just not over-emphasized.

My suggestion would be that a player/student should practice their technical elements at the beginning of the lesson (let’s say for about 15 – 20 minutes) but then they should be exposed to applying the learned fundamentals into a fun-related tennis activity.

Why You Should Have at Least Two Reliable Tennis Strokes 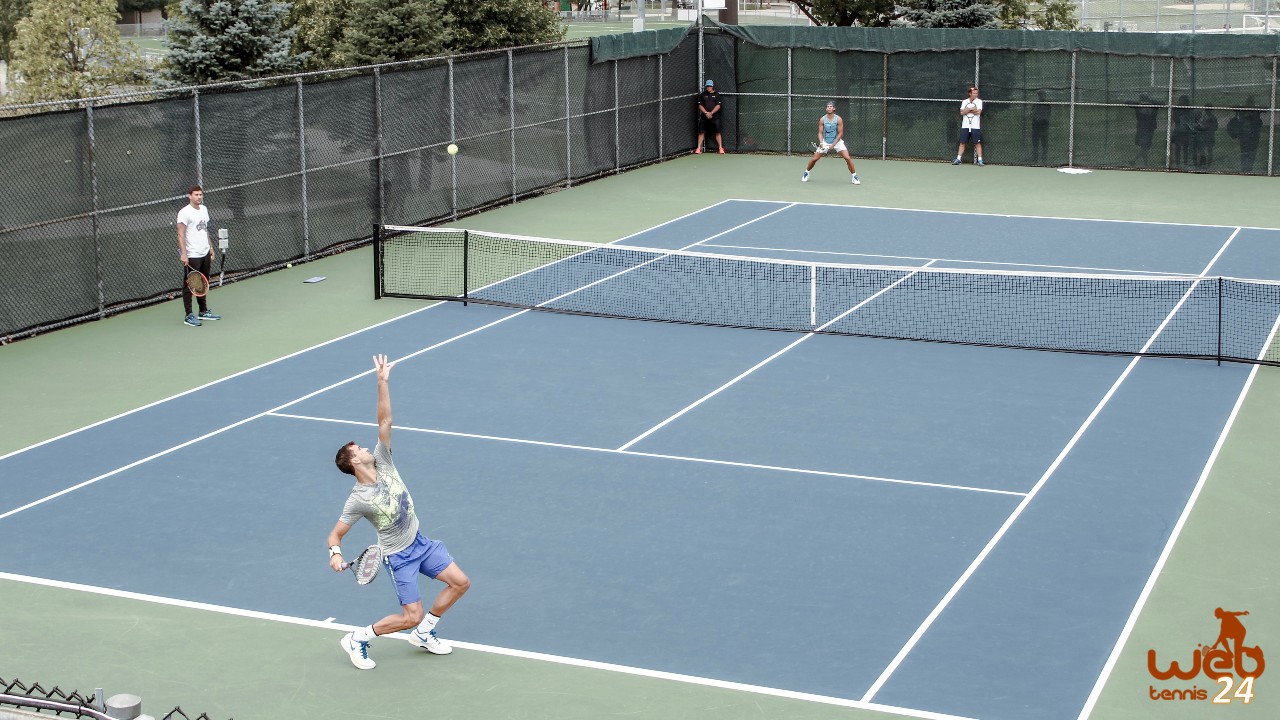 I thought about writing this article after a match I recently played against one of my top students.

What happened during that match?

Even though my student is much younger than me (he is 17), I found myself overpowered in the matter of his strokes and quickness. This usually makes me proud to see in my students but in that particular situation I had to save my pride by trying not to lose to him. (:

One thing I had to do to stay “alive” in that match was… to be creative and get out of my comfort zone.
To achieve that, I had to mix my shots a lot more often than I usually do. I had to plan ahead every stroke (I mean, to think of at least two tactical strokes before the point would begin) and be “on my toes” a lot quicker…

So what was the lesson that you can learn from my experience?

– If a player wants to achieve top performance in tennis, they must strive for consistency and stroke dependability first. This consistency must be applied to at least two shots on each side (forehand, backhand, or serve). Because if one fails, you must be able to rely on the other one.
In what way can a stroke fail you? In my case, against this particular student, he would 90% of the time crush my kick serve (put it away) so I had to use my slice on the second serve most of the time to keep him from winning the point off of my second serve. So having two dependable serves (kick and slice) I could switch between them when one failed me.

– You, as a player, must learn/practice to think ahead in the point. Avoid just hitting the ball in play and wait to see what happens. Instead, you must make things happen. If your opponent, let’s say, is slow, then hit the ball often to the open court to make them hit it on the run (off-balance); if they like to come up to the net, you can visualize a two-shot combination: one short at their feet followed by an attacking shot (assuming the low ball at their feet will produce a slow return), etc.
Think of at least two shots that will put you ahead in the point!

– A good player must be quick. If you are not, then you can train to be one.
When I say quick, I do not mean fast. As an example, I was never a fast runner but I was quick on the tennis court.
How can you be quick on the tennis court? Apart from doing footwork and specific drills, you must train your eye to read your opponent’s body language. The way their body is facing before the shot or the grip they’re using to strike the ball is to be paid attention to all the time. Also, learn proper court coverage so you know ahead of time (before your opponent strikes the ball) what your opponent’s options are considering their location on the court.

Consider these new tips in assessing your game and see what you lack and what you need to improve.

Above all, try to work on stroke variety in your practice sessions. Is your slice backhand a weak shot? Then go ahead and practice it. You never know when you will have the chance to play against someone who does not handle slice well.
Is your slice serve a weak shot? Well… you know what to do. And so on.
Practice what you are not very good at because being able to change your game and mix your shots will pay off in many tennis matches.

Having fun playing comes from being confident that you can rely on your strokes ability when needed.

Practice all your shots, not only the ones you like!